Buy Of Water and Other Matters Tickets

One barge, two poets, three films and formidable artworks ! Come and be metaphorically soaked and literally surrounded by words, water and images.

with Robert Powell and Joseph Butler

Robert will be reading from his most recent collection Riverain (Valley Press 2018) as well as work produced during recent projects on the Aura River in Finland and the River Finn on the Irish border. He is joined by prize-winning poet Joseph Butler, who lives on a narrowboat on the River Thames at Oxford.

Come early or stay after to enjoy the exhibition "A Small Box of River" by Robert Powell and artist Jake Attree - plus several short film collaborations between poets and film makers including:

Robert Powell was born and raised in Canada and now lives in York. He has produced four poetry collections  - Harvest of Light, All, Riverain, and Aura, as well as A Small Box of River with artist Jake Attree, and two short films - The River Speaks, with Ben Pugh, and Source, with Jan-Erik Andersson.

'His voice is close to your ear, and this closeness brings the reader into the orbit of this fine, fine writer who offers new routes into love and landscape.' Ian McMillan

Joseph Butler has earned a living as a farmer, teacher, blacksmith, and boat-builder. A trained nurse, he cares for cancer patients in an Oxfordshire hospice. 'His work has been commissioned by the BBC, the Canal and River Trust, and the Costain engineering group. His collection Hearthstone was published by Two Rivers Press in 2006, and in 2017 his poem 'Angelbat' was shortlisted in the National Poetry Competition.

'A striking new talent, he brings the skills of his craftsmanship to his poems. in just a few words he unlocks a new world. the reader inhales its atmosphere.' Rachel Campbell-Johnston, The Times

Event Supported by The Poetry Society 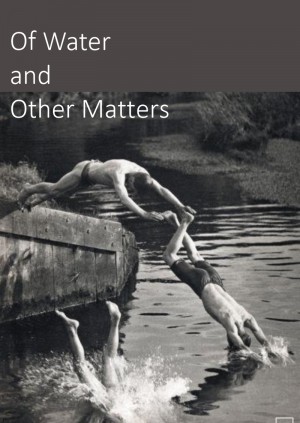